Reena Parnat, a 27-year-old recurve woman from Estonia, was one of the last archers to leave the qualification field on Monday at the second stage of the 2021 Hyundai Archery World Cup in Lausanne.

She stayed and shot until the last end, squeezing every last second out of the valuable training opportunity, looking to make up for those she has missed recently because health problems have limited her ability to practise.

Reena didn’t participate in the season opener in Guatemala City, prioritising the condition of her shoulder.

“Two weeks ago, I thought everything was fine and I would be ready for this competition,” she said. “Unfortunately, one week ago, I felt pain in my shoulder. I didn’t know if I would shoot here or not.”

“Right now, I’m just starting to shoot again, so I have no expectations. I will try my best.”

Qualification saw Parnat seed 33rd with a score of 643 points.

It’s not what she wanted but it is certainly progress from not shooting at all.

“I don’t feel so much pain, and I hope it will get better and better,” she said. “I haven’t practised for almost one week. Today was my first time, and it feels good right now. I will see what will come later.”

Reena is relying on specialists to aid her recovery.

“I met a doctor and waited for his opinion on whether I can shoot or not. That’s why I came a little bit later here. He wasn’t so happy that I was going to shoot, but he said I could try,” she explained.

Parnat is already an Olympian from London 2012, and she hopes to also qualify for Tokyo this summer. Lausanne could have been an encouraging milestone but, unfortunately for the 27-year-old, the shoulder problems that slowed her preparation showed up in matchplay.

She was eliminated in the second round, 6-0, by Germany’s Veronika Haidn Tschalova.

“Of course, I would like to qualify for the Olympic Games. It’s not possible here, but Lausanne seemed to be a good place to see where I'm with my shooting,” she said. “I wanted to see what is my shape right now, to know I’m ready for the upcoming months.”

Time is ticking and the odds seem stacked against Reena.

With big Olympic qualifiers upcoming in Antalya and Paris, she’s got to get her body right fast, if the hopes of a second appearance at the Games aren’t to slip through her fingers. 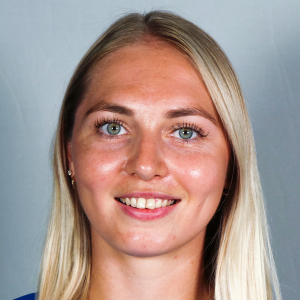